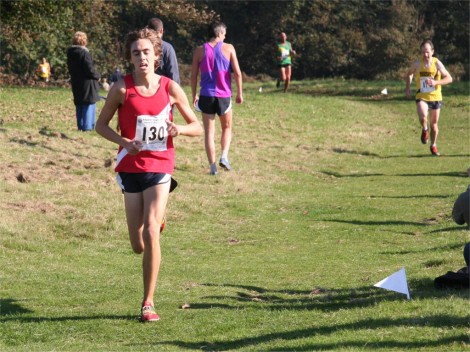 Lesley Pymm reports: I decided it was time to get my spikes out and give them an airing before the XC season starts in earnest.  I admit that spikes may have been a bit of over-kill today as it was so dry, but it was good to run in them again.

The event was the Ampthill Trophy XC and it gave women the chance to run long on XC, which is unusual.  The course was a long 8k, and it was brilliant.  There were climbs and good runnable downhills, as well as woodland and parkland.

My time was 52.54, which I was pleased with, especially as I had run the road relays yesterday and a number of runners dropped out of this one. A couple of marshals recognised the BvH vest and were impressed that I was there, so that was good.  Very welcoming.  Great event which I will hopefully do again