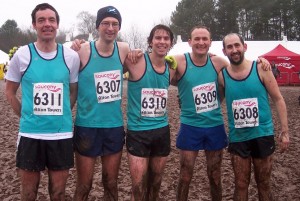 I would like to request all BvH Men to make themselves available for the forthcoming cross country league races which starts on Saturday 12th November at Leamington Spa.

The Birmingham & District Invitation Cross Country League has been in existence since 1925 and is regarded as one of the strongest XC leagues in the country and has a great Harrier tradition with the likes of Tipton, Birchfield, Coventry Godiva and more recently Birmingham University and Loughborough Students.

Last year, we were promoted as champions of Division 2 (also with Royal Sutton Coldfield and Cannock & Stafford), into Division 1 and our aim for this season is to remain in the top division. This is a very realistic objective only with the help of you and other members.

Over the last 12 months we have strengthened our team with new members but the important thing is for us to have as many members running on the day, regardless of where you finish.

It’s not just being in the counting 6 for the team.  There are A and B team competitions and we have the potential to get up to 50 BvH Men running on the day and for every place you finish in front of another runner, it’s pushing counting runners from other clubs behind us.

The first race at Leamington is a special event as it brings together the 3 divisions of the league together with the potential to have up to 1000 runners in the race.

The other very special reason is it’s also the same venue for the Midland Women’s XC League where the BvH Ladies will be competing, so there will be a fantastic Club atmosphere.

On behalf of the Club, I would like to ask you to confirm your intention to run at Leamington on the 12th and also for the 3 other XC League events.

I look forward to hearing from you and to seeing you in ‘Teal’ at Leamington on the 12th November..