The nominations for the annual BvH Awards are announced….

The BvH Annual Awards will be presented at the 10th Club Celebration & Annual Awards Evening which will be held at the Rowheath Pavilion on Friday 1st March.  Further details of the event are here. 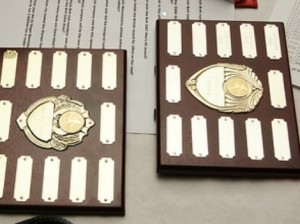 Nominations for the BvH Awards are as follows:

There are two BvH Awards which are voted for by all members.  These awards are BvH Coach of the Year and the BvH Club Members’ Award. Details on how to vote for these awards will follow shortly in a separate post, but please start thinking about your nominations now…

Get your Tickets for the BvH Party and Awards evening here or speak to Sharon Weldon or Chris on a club night.

We look forward to seeing you there! It should be a fun night. 🙂

One Reply to “Nominations for the BvH Awards”