I felt compelled to write a race report for the BUPA London 10k this year after a weekend of fantastic team spirit, great running, PB destroying efforts, good company, good laughs, some tears, good weather, FANTASTIC food, and to champion the generosity of friends that have donated so much to my chosen charity.

Although there as a BvH runner in body, my heart was there for Macmillan Cancer Support and I was part of their team for the day. Earlier this year, their nurses made things as bearable as they could be under such difficult circumstances and I wanted to give something back, as well as pay tribute to my mom in the best way I could think of. Before she passed away in January, I told her I was going to run this race for her and that I would thank the Macmillan nurses in her memory by doing so….. To say this event was important to me would be a bit of an understatement.

The BvH men’s team was made up of Orlando Corea, Paul Thompson, John Mckeon, Terry Doherty and Antony Stewart. The women’s team was made up of Sarah Rock, Laura Leslie, Suz West and Jude Glynn (sadly, Linda and Julie were ill on the day, so turned into amazing supporters instead). Our club secretary, Daniel Trimm also ran, and Matt Slater came down to support and was as encouraging as ever to everyone there.

Laura and Caroline had been amazing at generating camaraderie leading up to this weekend, coordinating teams, train journeys, hotel stays and meet-ups in London for good food and merriment. This was the perfect start we needed to the weekend, which I think cemented what makes our club so great – the team spirit!

Hot weather, clouds of pollen, mile-long toilet queues and some interesting pen allocation made for a challenging race day, but nothing was going to stop me today. Not even a broken leg would have prevented me from running – I was a man on a mission!

We could all tell that we were going to have a hard time for the first mile or so. With 11,000 people running, you know it’s not going to be a race run in a straight line, even though the start was staggered. After about 3 feet I was surrounded by a sea of people and couldn’t seem to get past. I managed to find a tiny gap and squeeze my petite frame through (cough), then just belted it for about 300 metres to try and get past.

Normally, after about one mile I get the usual feeling – “oh no! I’m pretty tired already! I’d better slow down and just try to keep going”. This race was not like that at all and I got to the 5km mark and saw that I was only 12 seconds slower than my 5k PB time, but instead of worrying, I just remembered why I was there and pushed on again.

I passed the travelling BvH supporters again close to the 9km mark: Matt, Julie, Linda, Antony’s wife Nicky and their two daughters all cheered so loudly that it made me laugh. They had been the same when I passed them earlier in the race, which was fantastic. It always amazes me how you run that little bit quicker as you pass your friends!

This was the point I finally felt the real burn of the run, so I grit my teeth and pushed harder. I crossed the finish line with an official time of 41:17 and was totally spent. There were a host of emotions after that point, but let’s just say that I had set out what I wanted to do and was thrilled.

Everyone’s kindness means that over £1400 has been donated to Macmillan. To that, all I can say is THANK YOU! I promised that your generosity would only be matched by my determination on the day and I can assure you that not many people will have tried harder than me, no matter what time they ran.

The team results have not been announced yet, but here are the results for the BvH runners we know of: 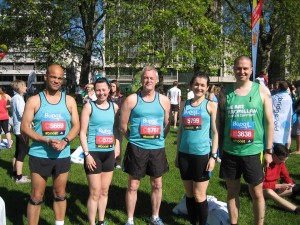 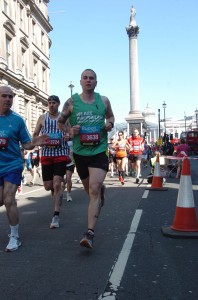 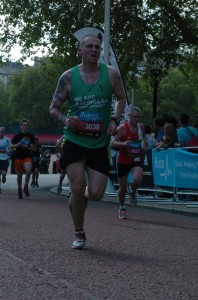 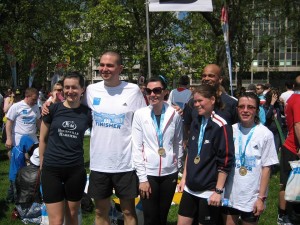 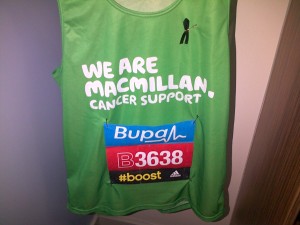 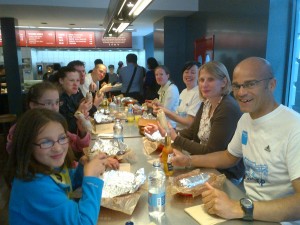