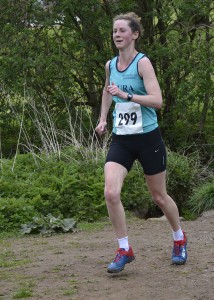 Lesley Pymm reports:  Having arrived at Abbey Fields in Kenilworth, I went for a bit of a warm up and over to the loo – this was close to the children’s play area.  There was the vision of Laura Gale ‘warming up’ on the zip-wire!  Shame Mike wasn’t around with the camera.  Adam was looking a bit vague as he thought they were just going for a quiet run around Kenilworth and suddenly there he was with a number on.  This is a lovely event.  The course is quite hard and it is three laps, which is not great, but there are runners of all standards and there is also a relay alongside the main 10k event.

We started on time and off we went, up the first hill and then downhill around the church and we managed to find another hill very quickly.  A bit of a climb led to a flattish bit before we turned and went up again.  Then there was a good down hill alongside the lake before turning and going up again.  A little bit of mud and some tree roots and then we were turning and heading towards the worst hill of the lot.  Having survived that, it was downhill again and then another climb before we headed back downhill to the start finish area. 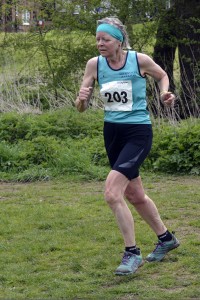 I was overtaken by the first man just over half way through the second lap – he was really flying.  A few more men passed me and then I went through and on to the final lap.  As I went through the start/finish area the commentator gave the Leafy 10k a mention, which was good.

Goody bags with medal, chocolate bar, water, banana and a few other bits and pieces.  Good, low key event.  Laura did well and was 4th woman. Adam said that he enjoyed the last lap!  I was pleased to have run faster than last year.  Can’t say fairer!