Daniel Wilson reports: This is an event that starts near the Spiceball Park Leisure Centre in Banbury and is only about 5 minutes from M40 junction 11. 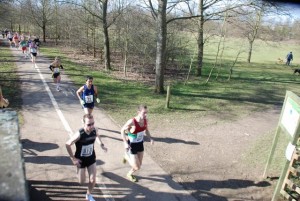 The route goes out North East from Banbury over the M40 and then into nearby countryside. Initially its on a pavement next to a main road but then turns off onto smaller and quieter roads. The route description talks about “Picturesque undulations” but I would say its on the hilly side, with a very steep hill about half way around.

After a single loop of about 5 miles it returns back along the original route. About 400 hundred runners take part and there was support here and there as well as plenty of marshalls. Lots of runners from Oxford and Stratford, but did not see many Birmingham runners.