So this was supposed to be an actual race report of an actual race, ‘The Bay Breezer’ 10k but due to circumstances beyond my control a.k.a. my brother never quite getting round to booking it (he is a busy man), but not wanting to let possibly my only opportunity of an international race report to pass me by…

The Crissy Fields Parkrun #4 comprised 11 runners including my brother and myself, a group sufficiently small that you know they really will delay the start until you’ve been for a quick wee. I was liking this already. We started at the Beach Front Cafe and ran along the costal dirt track for about a mile and a half before doing the ‘lollipop turn’ (is that a term used in the UK? I’ve never heard of it) around a building which is about where it got slightly confusing. I say confusing as in addition to our small disperse group were also another large organised run and countless other people out running or at least looking healthy in sportswear. Thankfully through making sure I kept an eye on purple top man ahead of me for most of the way I managed to make it back to the start where I was able to shout and wave ‘where now?’ and was kindly accompanied round to the ‘oh pants, it’s still not 5k’ remedial mini loop by my brother who it turns out had come first.

I was delighted by my time of 23:56 and first female (whoop! whoop!) as I’m sad to say I’ve not even been under 25 mins at Canon Hill for some weeks now. My secret to my (relative) success? Getting a taxi to the start-line instead of running the 4.4miles in ‘not quite enough’ time, and the psychedelic coloured cereal I had for breakfast. Seriously if I had access to these magical foodstuffs every day there would be no stopping me.

I really do hope that the Crissy Fields Parkrun goes from strength to strength. They were a lovely group of people and you couldn’t get a more beautiful setting. It’s good to see that there’s lots of people about there running anyway, but it made me realise how lucky we are in Brum to have events like Canon Hill so close to the city centre and residential areas so that the less ‘outdoorsy’ people get to see it and joinin the fun. 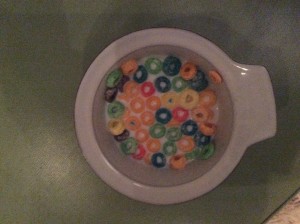 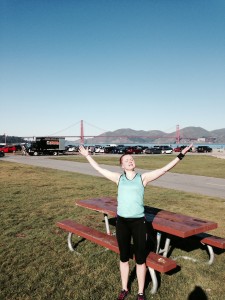 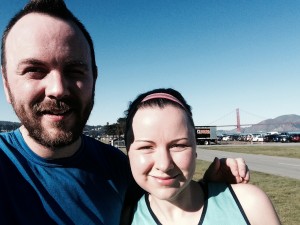